“I jumped at the chance to build a truly world-class portfolio.”

Most people docking their boat at the Caribbean Marina on Lake Minnetonka, just outside Minneapolis, don’t realize that the guy scampering around the dock, making sure they’ve got a full tank of gas for their outboard and food for their outing, also has a day job: He’s CIO of one of the nation’s largest philanthropic foundations, and he leads a team that invests billions of dollars on its behalf. But Shawn Wischmeier, CIO of Margaret A. Cargill Philanthropies (“MACP”), says he “likes to build things.” That’s what prompted him and his partners to buy what he calls “a rundown marina.” This passion to build things is also what brought him to MACP, as he was tasked with building out a team to manage the large amounts of liquidity coming into the Philanthropies from the sale of legacy stock positions. He inherited a strong governance structure, and leveraged that foundation to construct an innovative portfolio from the start. 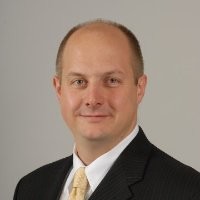 Cargill may not be a familiar name in big city salons, but it’s a household word across the Great Plains and Midwest. William Cargill started a grain storage business in 1865, and together with his son-in-law, John H. MacMillan Sr., he began building Cargill into an agribusiness powerhouse which is now one of the largest privately held companies in America. The tight knit Cargill and McMillan clan is usually listed as the fourth richest family in America, with 14 billionaires. Margaret Cargill, a granddaughter of the founder, never married or had children. She lived simply and gave away substantial sums in her lifetime. Before she passed away in 2006, she indicated she wanted her wealth to go to the foundations she had set up. But her estate was essentially a multi-billion-dollar stake in privately held Cargill, and there was no public market for the stock; in fact, family members were not allowed to sell shares to outsiders. So, family advisors spent the next six years devising a fancy two-step to unlock the money.

Cargill owned 64% of a publicly held company called Mosaic, a large fertilizer producer. In 2011, Cargill sold its Mosaic stake for $24.3 billion, and Margaret Cargill’s foundations – there were originally three – traded her Cargill stock for 114.5 million Mosaic shares. The foundations then faced the problem of delicately selling a big block of stock, without driving down the share price, and creating a diversified portfolio. When Wischmeier arrived in 2012 to be the Philanthropies’ first dedicated CIO, he recalls, “Approximately half of the money was in liquid, diversified assets, and the other half was in Mosaic stock. My mandate was to get all the money liquid, and then invest it.” The foundations’ holdings ended up being worth about $6.5 billion by the time the last shares were liquidated near the end of 2016.

Wischmeier spent much of his first year on the job setting up an investment office. He started with a small number of employees, and eventually built a team of 14 dedicated investment professionals. He was also tasked with setting up a variety of processes and redesigning investment policy statements. The three original foundations have been merged into two: There’s the Margaret A. Cargill Foundation, a classic grantmaking foundation that supports a wide range of undertakings, and the Anne Ray Foundation (named for Margaret’s mother), a supporting organization which funds a specific set of charities identified by Margaret. As an investor, Wischmeier had the rare opportunity to start with a mostly blank slate. He had come to what would be known as Margaret A. Cargill Philanthropies after stints as CIO at two major state public employee retirement systems, but he has developed an organizational structure and a portfolio that doesn’t look like the typical foundation – or a public fund. “We are lighter on equities than the vast majority of our peers; we’re more diversified, with credit, real estate, real assets, and other exposures, including alternative betas and risk premia.”

These days, the asset mix is roughly 45% in public and private equities, 30% in public and private credit, 10% in real estate, 10% in private real assets, 5% in what he calls “alternative beta risk premia.” The limited exposure to equities compared to peers helps protect against deep drawdowns, he says. Wischmeier adds, “We run a much more risk-balanced portfolio, one that’s focused on making money through diversified betas and not simply equity beta. This approach results in significantly lower volatility of returns. We don’t go up as much in the great times, but don’t go down as much in the bad times. We have managed to achieve solid returns with significantly lower volatility, leading to a better tie between our investment returns and cashflow requirements for grant payments.”

Liquidity is also important. Foundations are required to give away a set percentage of their assets each year, and Wischmeier says, “Part of our strategy is to maintain enough liquidity so we can always pay our bills – and meet our capital calls and other commitments.” But liquidity also means that “when we get drawdowns, we can lean in.” During the pandemic, he says, “we had money to put into stressed or distressed assets very quickly and realized good returns by being a liquidity provider when others lacked liquidity or waited on markets to stabilize fully before investing.” Wischmeier’s approach is partially informed by notions of risk parity. “We believe some of the concepts surrounding risk parity are solid, it is just that the implementation in many situations has been flawed.” He describes the Philanthropies as “a risk-centric-focused group. We fully understand the contribution to risk of all of our portfolio investments in both absolute and relative terms and utilize derivative overlays to help achieve exposures which can’t be realized efficiently through physical assets. We’re very explicit about targeting what risk exposures (e.g., beta or duration) we want in all of our mandates. His staff is organized around risks, not asset classes. For example, a single group oversees all equity exposures, including long only public equities, private equity, venture capital, and equity hedge fund exposure.

This current portfolio utilizes two overlay strategies, a duration overlay and currency management overlay. “Both of these programs not only let us explicitly manage risk exposures, but also serve as tail risk hedges during times of market stress, such as the period experienced due to COVID-19 earlier this year. Both programs served their purpose and significantly limited the drawdowns experienced in the portfolios during the first quarter,” he explains Wischmeier says the Philanthropies’ assets “are too small” for internally managed strategies in general; however, the team does make direct investments and co-investments when opportunities arise. And, he says, “We run a dedicated risk premia portfolio that is managed in house. The individual premia are traded by banks or external investment managers, but we manage the portfolio strategy and design ourselves.” Wischmeier says: “We’ve secured strong returns, and we’ve done it with a lot less risk, relative to peers which may rely overly on equity beta.” We don’t disclose returns publicly, but we’re very comfortable with the results from our chosen strategy.”

Wischmeier’s path began in Seymour, Indiana. (“The only thing it’s known for is being the birthplace of singer John Mellencamp,” he says.) “I grew up on a farm there: we had cattle, pigs, and grain crops. Our family effectively went bankrupt during the farming crisis of the early ‘80s,” when, he recalls, “we started digging graves to make a living.”

He went on to study chemical engineering, earning a BS from the Rose-Hulman Institute of Technology in 1996 and then earned concurrent masters’ degrees, an MBA from the Kellogg School and a master’s in manufacturing management from the McCormick School of Engineering and Applied Sciences at Northwestern University. “Where I grew up, most of us went into engineering because we were good with our hands,” he says. He worked as a chemical engineer for a couple of years, and “then realized there was a thing called investments, which motivated him to pursue the advanced degrees.”

He worked at Eli Lilly as a financial analyst before and after his MBA, and in 2006 he became CIO of the Indiana Public Employees’ Retirement Fund. During his four years there, he was lauded for bringing the plan returns from fourth to first quartile. From there he moved to a two-year stint as CIO of the North Carolina Retirement Systems. “I had two good experiences in the public plan world. I was surrounded by dedicated, smart people, and they gave me the opportunity to build portfolios correctly. Public plans can be a strong place to learn. Endowment and foundation roles tend to involve less capital; however, you often get better governance which allows for spending more time on investing and less time on distractions.”

Consequently, “when I got the opportunity to move to the foundation side, I jumped at the chance to build a truly world-class portfolio. It’s not that providing money for pensioners isn’t a noble cause, but being part of a philanthropy is even more rewarding.” The fact that he was going to a build out a new organization with a fresh pool of capital didn’t scare him, He adds, “If you look at my career, I’ve had a number of start-up or re-building roles. With the State of Indiana, they had two people in the office when I got there. North Carolina was a mature plan, but we added investment flexibility in the state statues and increased the team size by almost 50%. Given this background, Wischmeier says, “Part of the reason I was attracted to Margaret A. Cargill Philanthropies was the ability to start with a smaller, high net worth style investment portfolio and truly build it into a much larger, institutional portfolio.”

He was fortunate to have “two good experiences” in the public plan world, Wischmeier says, but now he “truly appreciates the opportunity to bring his investment background to a mission-focused organization,” and he adds, “It’s awe-inspiring to see what good the money we manage can do in the world.” He strongly values being connected to the mission of MACP and being able to help express those principles through the investment portfolios.

Shawn Wischmeier is a member of II Network. To discuss the content of this article and further engage with him, comment below or Sign up today.