Deploying a complex set of strategies

It shouldn’t be surprising that Ela Karahasanoglu, the Director of Total Fund Management, at BCI (British Columbia Investment Management Corporation) likes to work on 5,000-piece jigsaw puzzles. After all, she’s used to complexity. She’s lived and worked in five cities on two continents (Or maybe three depending on what continent you put her home country of Turkey in). She’s been employed by a half dozen organizations in the public and private sectors. And she seems to specialize in managing wide-ranging multi-asset, multi-strategy portfolios.

These days, she’s deploying a complex set of strategies for clients of BCI, considered Canada’s fourth-largest pension fund, with assets of about $130 billion. BCI, like its equivalents in several other Canadian provinces, is the province’s public sector asset manager. Created in 2000, it has 31 clients, including eleven public employee pension funds, plus the assets of British Columbia’s workers compensation and auto insurance pools and assorted other government sector entities. 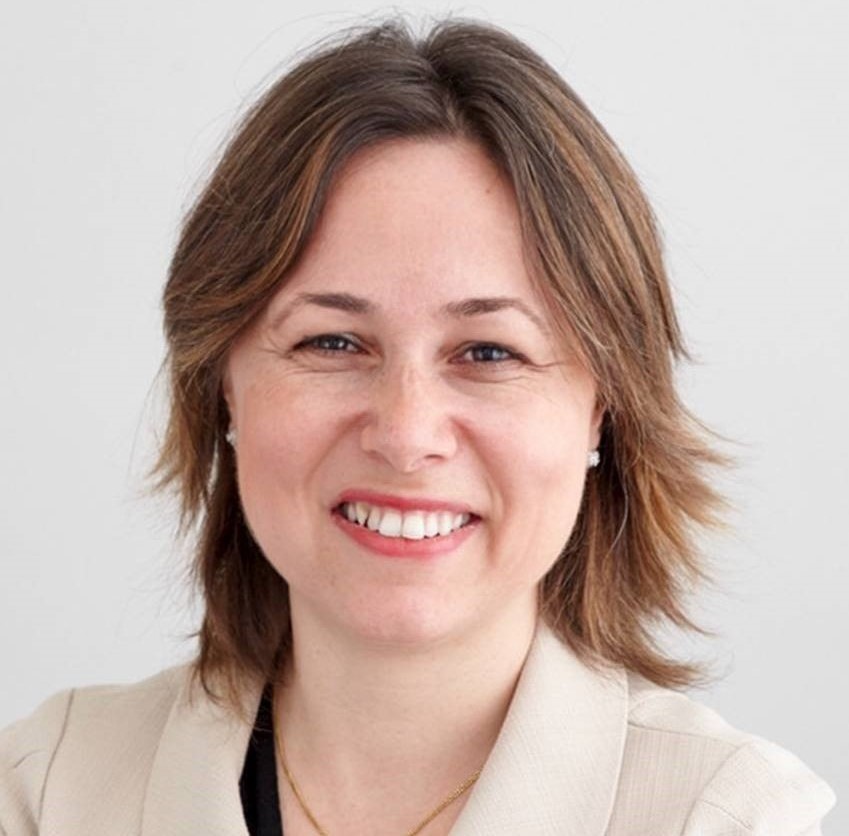 Karahasanoglu, who came to BCI in September 2019 from IMCO (the Investment Management Company of Ontario – the BCI equivalent in Ontario created in 2016), says her new job is a bit like her old job, but much more complicated: “I knew I was going to a multi-client environment, but the sheer size is very different, At IMCO, we originally had two clients. Well, BCI has 30-plus clients. Some of them are pretty sizable, and every client has a different asset allocation and asset mix.”

Karahasanoglu’s Total Fund Management group doesn’t do the asset allocation. That’s done by another BCI unit in consultation with each client. What she does is work with a team of quantitative analysts and BCI investment managers to create a menu of total fund strategies and solutions, from which clients can choose to meet their specific needs and aspirations. In addition, her shop helps establish benchmarks so that BCI can assess performance and rebalance client portfolios to help clients reach their long-term target returns. And it primes them on concepts like “tail risk events,” such as, for example, a pandemic.

At the end of March 2020, the overall BCI portfolio allocations was: 33.4% in fixed income, 32.5% in public equities, 10.4% in private equity, 18.7% in real estate and mortgages, and 10.7% in infrastructure and renewable resources. But that mix has been shifting not only because of market conditions, but also because of a changing investment philosophy at BCI. Karahasanoglu joined BCI as it was moving in the direction of more active, direct, and in-house management, as well as more exposure to private markets.

Since Gordon J. Fyfe became BCI’s CEO and CIO in 2015, it has moved away from passive approaches and fully embraced active management. “I believe we’re around 80% now, and that journey is going to continue,” she says. That suits Karahasanoglu just fine: “I am a true believer in active management.” From her earliest days as a trader in Turkey to her absolute return days at a hedge fund in New York and Toronto she’s always been active.

Interwoven with BCI’s journey to be more active, there is the tilt to more direct and internal management. Internal management has gone from 57.0% of AUM in 2016 to 79.7% in 2020. “That’s the famous Canadian model,” she says. “The view we have here – and my view is very aligned; that’s why I joined BCI – is internal active management is very important. BCI has been moving in that direction over the last five or six years, and we intend to move further.”

To be sure, internalizing is never automatic, she says. “One of the things that we’re determining is what we are going to make versus what are we going to buy.” But she says, “Our first priority is to make, and we have amazing resources obviously, given our size. We have a very good line-up of internal capabilities, know-how, and talent, so, with that, we feel like we can make a lot of both the basic as well as the complex stuff ourselves.”

Like a number of institutions, BCI has been ramping up its exposure to private markets, particularly private equity. While public equities have fallen from 48.3% of AUM in 2017 to 32.5% in early 2020, in 2019, BCI’s new commitments to PE totaled about $3.9 billion, up 10% from the year before. Meanwhile, the proportion of direct deals vs funds doubled over the four years from 2016, so by 2020 38% of the deals on its books were direct. The stated goal is a 50-50 split between funds and direct investments. In addition to ramping up private equity, it’s also been doing more and more direct infrastructure and renewable energy deals.

While doing all this, she adds, “We’re big on ESG.” To guide others in making ESG decisions, in July 2020, BCI joined pension giants APG and PGGM of the Netherlands and AustralianSuper to form the Sustainable Development Investment Asset Owner Platform to assess companies on sustainability issues and goals. The foursome have a trillion dollars in combined AUM.

Given the lengthy pandemic lockdown, Karahasanoglu is still settling in at BCI, but she says, “I’m very involved in portfolio construction, and there is a lot going on here. There’s a lot of opportunity for creating new products and processes that can add visible value in a multi-client setting.”

Karahasanoglu always seemed fated to be involved in investing. “I grew up in a very finance-oriented family,” she says. “My mom was finishing her master’s in economics when she got pregnant with me, and to this day, she follows the financial markets very closely. My dad is also an economist and was a CEO of multiple banks. And my brother became a trader at Goldman. I was very attracted to finance and markets, and trading was ingrained in me. That’s how I started my career.” After graduating from university in Istanbul, her home town, she went to work for a Turkish bank trading currencies and bonds.

However, she was determined to go to graduate school in the U.S. and would earn an MBA at Georgetown University in Washington, D.C. in 2000. From there she went to work on credit derivatives and asset management for Merrill Lynch in New York. But after a couple of years at Merrill, “I decided that I had achieved everything I wanted to achieve there, and I was going to get married and move to Canada. However, 9/11/2001 had happened, and as a non-citizen the U.S. became a little bit difficult to live in at that time.” Meanwhile, “the gentleman I wanted to marry had gone to Germany, so we decided we would spend a couple of years in Germany and then move to Canada.” While in Germany she worked for a European Union project as a liaison between the EU and Turkey’s finance ministry.

Eventually, she moved to North America, and she spent six years at a quant hedge fund – three years in Toronto and three in New York. Then, once again, “my life changed, and I had somebody else in my life. I had to make a decision – citizenship in Canada vs residency in the U.S.” She came back to Canada, worked for close to four years as a consultant at Mercer and, after a brief stint at CIBC, she went to the Workplace Safety and Insurance Board, which was absorbed into the newly created IMCO a year later, and then, “Here I am at BCI.”

As a result of the BCI job, she moved to Victoria, but she has spent much of her first year at BCI hunkered down and social distancing in her small apartment in Victoria and she also spent some time in Toronto. while in Toronto. Meanwhile, her husband is a firefighter in Toronto but will also soon make the move to Victoria.

Karahasanoglu relaxes by snowboarding in the winter and camping and cycling in the summer. She also likes knitting. And, of course, putting together immense jigsaw puzzles. “It’s very therapeutic.”

In addition, “I’m an avid reader. I read a lot of work-related books, and also science fiction,” she says. One of her favorite recent books is Against the Gods, The Remarkable Story of Risk, by Peter Bernstein (one of the founders of Institutional Investor). She adds, “I’m also a closet-Harry Potter fan. I know – people usually just laugh when I say that. And, obviously, because I’m a female in this industry, I’m a big fan of Lean In. I also read a lot about team management, so I’m a big fan of Harvard Business Review – I read it virtually daily.”

She is bemused by the rest of the world’s efforts to evaluate the still-emerging “Canadian model” for pension funds. “I think uniqueness has an upside but also it means a huge risk to a lot of people in our industry.” The concern is what she calls maverick risk. “One of my bosses told me back in the day that whatever you’re doing or whatever investment you’re making, it’s like jumping off a cliff. It could be the end of your career; however, even if it’s a terrible investment, if everybody else jumps off that cliff alongside you, then it’s no problem.” She adds, “Sometimes it seems like I see a lot of people jumping off the cliff together and no one willing to separate from the herd for the fear of being unique. But I like being unique because unique means niche opportunities, the ability to do something different and innovative that will just change the game.”

Ela Karahasanoglu is a member of II Network. To discuss the content of this article and further engage with her, comment below or Sign up today.