Being Integral in Healthcare and the Community

When the senior executives of a major healthcare organization get together, most of the talk is about complex medical issues, and the CIO can sometimes feel isolated. Usually the CIOs just focus on their job, which is long-term risk-adjusted returns and very independent of the hospital’s daily operations,” David Holmgren, says, “but recently the CIO’s role has become mission-critical in the short-term.” Holmgren who oversees $3.5 billion in endowment and pension assets as the Chief Investment Officer of Hartford HealthCare, says the COVID-19 pandemic has meant skyrocketing costs combined with plummeting revenues as so many non-essential medical procedures were temporarily halted. As a result, he says, the CIOs have had to pivot towards a new dual mandate that now prioritizes focusing on increasing liquidity. He adds that for healthcare CIOs, “it’s a new level of stress that we haven’t experienced before.” 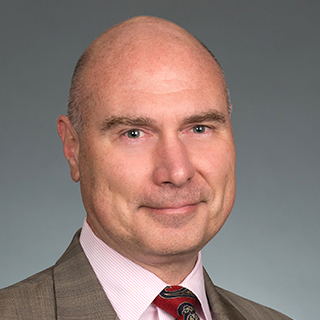 Holmgren is part of the first generation of healthcare CIOs whose jobs were created a decade ago as part of the sweeping consolidation of the nation’s local and regional hospitals into major systems, the medical equivalent of the consolidation that has occurred in the banking industry. Hartford HealthCare encompasses a number of major hospitals around Connecticut and neighboring states plus an assortment of outpatient facilities, all mushed together in the last dozen years or so. Hospitals used to be local institutions with modest endowments typically overseen by boards composed of prominent local citizens, often with limited investment expertise. In his case, Holmgren says, “This being Hartford – the insurance capital of the world – you had a very traditional New England city with a cultural bias that was totally prevalent in the portfolio – heavy fixed income and U.S. centric value equity.”

Over his 10-year tenure at Hartford HealthCare, however, Holmgren says “it took a lot of educating,” but the investment portfolio has undergone the financial equivalent of a heart transplant. According to Holmgren, the current portfolio has “nothing to do with the past at all. Right now, it is a truly modernized, diversified, active portfolio. We are in every broad asset class you can think of. We are globally diversified.” Instead of bonds and more bonds, he says, “We allowed ourselves the freedom to go into a wide range of other instruments. We were in private credit before others; we invested in specialist infrastructure before others.” He’s even made what he calls “some pretty esoteric” investments, including a stake in a brand licensing play that got him involved with everything from Martha Stewart cookbooks to a British menswear company.

The results of Holmgren’s financial tailoring have been impressive. Hartford HealthCare regularly ranks in the top decile of endowments and foundations. It’s had some blowout years like the fiscal year ending June 30, 2017, when it finished 500 basis points over its 10.2% policy benchmark, or fiscal 2018, when its 12% return outpaced its peer’s median return by 420 basis points.

Being agile is critical, Holmgren says, and “we are in an ideal size range – big enough to do the homework and to make a meaningful contribution, but small enough to be nimble.”

●The “growth portfolio” comprises about 50% of AUM. “If you look at it as equity,” he says, “it’s 30% public and 20% private, but we don’t look at it that way. There’s a sleeve in-between the two, which is a direct co-investment program, where we have an allocation in individual equity holdings: They could be public; they could be private.”

●The “risk reduction” portfolio is about 35% of the assets. “Like most of our peers, this allocation had formerly been simply fixed income. The allocation is probably about two-thirds hedge funds and one third private credit-esque,” he says.

●The third category, about 15% of the assets, is called the “economic hedge” portfolio. It’s comprised of a variety of assets including real estate, commodities, infrastructure, ship financing, aircraft leasing, and other investments minimally correlated to the growth portfolio.

Like so many endowments, Hartford HealthCare is big on private markets. It started from scratch as soon as Holmgren arrived 10 years ago. “We are now at a fully matured portfolio, so I’m super excited by the success of our recognized best-in-class private equity portfolio. As for private credit, we launched it in earnest five years ago so, although it’s the soup du jour today, we’re already cash flow neutral.” He adds, “There’s a range in private market exposure among my nonprofit peers, and on the high side, they go up to 80% of the assets. We’re kind of in the middle of the pack with our total private markets approximately 40%, which is incredibly meaningful.” The PE fund is roughly 20% and underweight big buyouts and overweight late-stage growth and venture investing, he says.

Meanwhile, Holmgren says, “Our hedge fund allocation is multi-PM, multi-strat, and global, so it usually provides a lower market exposure beta, with low correlation to other asset classes and other managers.” In choosing hedge funds, he says, “We go for lower-levered as much as possible as the primary goal here is to offset total fund volatility. When you look at our roster of hedge funds, we’re conservative. We’re still clocking above our underwriting rates, but through conservative, less-levered, and globally diversified hedge funds.”

According to Holmgren, “We’re trying to improve our results by getting more concentrated than we’ve been in the past. That way we get special relationships with managers. If the manager has reached its fund limits, we’ll take some of that capacity ourselves. This might mean participating in an IPO of one of our biotech companies or taking up an additional round of financing.”

These days, he says, “We are absolutely most focused on the third class,” i.e. economic hedges. “It was probably 7% to 8% a few years ago, but I really want to get it to 20% before too long because we need to earn our 8% actuarial hurdle, and I’m only going to do it in 2021 by generating income with a real asset base.”

He adds, “The most interesting component of real assets is our growth in infrastructure.” He explains, “Being a nonprofit, we try to focus on sustainability within infrastructure, so we’ve worked on developing electrical power in Nigeria, and wind farms in Brazil. We’re very globally diversified.”

The pandemic’s unfolding put a wrench in Holmgren’s 2020 plans for new re-allocations. “What happened starting in mid-February was probably for the first time in history that hospital operations and investment portfolio were perfectly correlated because the pandemic caused the market collapse. This is ironic since the investment portfolio is intended as a “rainy day” hedge for when healthcare’s soft, and it’s not much of a hedge when they’re correlated.” He adds, “Theoretically, we should have been capitalizing on equity opportunities. But did I re-risk the portfolio? I did not.”

The reason is simple: “Hospitals across the country were being mandated by the government to solely focus on pandemic responses, so clearly there were going to be big losses. Across the country, hospital CEOs & CFOs were calling up their CIOs and saying, ‘Do whatever it takes, have cash available JUST IN CASE…’”

Moreover, “if there’s a second wave (of the virus), the CFOs and CEOs will come back to the CIOs again, and again say, ‘Whatever you thought your job has been, what it is now is loss prevention and liquidity management.’” He admits, “It’s not been fun; it’s been 24/7. And it will all happen again if we can’t get folks to wear masks.”

The economic consequences of the pandemic are continuing to play out, he says. The money the Fed has pushed into the system has been beneficial to only some pockets, but many believe it will be inflationary. According to Holmgren, however, “If you look at inflation as being demand-based, you’d come to a different conclusion. I don’t see the demand. I don’t see a full recovery or even full employment. What I do see is that the Fed has done a phenomenal job of saving us from a depression, but having consumer cash balances rising while employment is declining will have negative unintended consequences. It’s common sense. I don’t think people have started factoring in what happens after the election.” At Hartford HealthCare, he says, “We’ve been looking at what happens when all the stimulus programs roll back. How do we want to position ourselves? What do we want in 2021 and 2022?”

Macroeconomic ideas are important to Holmgren. After Holmgren, a native of Los Angeles, graduated from Denison University, he went off to Europe for graduate work in economics. “I was going to get my Ph.D. and be a professor of economics,” he says. But over a school break he started working for a brokerage in London. “I really enjoyed it, and I did well at it,” he recalls, so he changed course, returning to the U.S. to get an MBA at Columbia University, “and I stayed on the investment side.” He spent some 17 years at DSI and UBS and then went on to four years as a senior investment officer for the Connecticut State Treasurer before coming to Hartford HealthCare in 2010.

Amid the pandemic, Holmgren, a divorced dad with three sons in their 20s, has been staying close to his sons in Hartford. Once an avid traveler – when people could travel – he’s recently taken up yoga, while also relaxing with action movies and historical fiction.

The gregarious Holmgren tries to remain enmeshed in Hartford’s sizable investment community. He is used to getting together monthly to discuss ideas with investment people from insurance companies like Aetna as well as pension executives from companies like Raytheon Technologies and Textron. He also gets intellectual nourishment via a steady stream of visitors from New York and Boston. Sell-siders and asset managers not only come to see him or to speak to his monthly club meeting, but also to attend the Hartford Hospital’s Black & Red charity gala as Holmgren is an integral part of the local charitable community just as he’s a very integral part of the Hartford HealthCare team.

David Holmgren is a member of II Network. To discuss the content of this article and further engage with him, comment below or Sign up today.