Alaska, which has the highest ratio of males to females of any state, is often viewed by people in the Lower 48 as macho man territory. But since Angela Rodell was named CEO of the Alaska Permanent Fund in 2015, there are signs that Alaska’s male hegemony may be receding as fast as some of its glaciers.

Rodell heads a unique $75 billion fund that annually hands out checks to every qualified man, woman, and child living in Alaska – each resident got $922 in 2020. It’s a sovereign wealth fund, not unlike the oil funds in a Kuwait or an Abu Dhabi and not to be confused with the state’s public employee pension fund.

“The Alaska program is a great story of forward thinking,” Rodell says. Oil was discovered in the Prudhoe Bay area in 1969, “and we were able to recognize that this was an overwhelming source of revenue to the state that probably wouldn’t last forever.” In 1976 the voters agreed to set up the Permanent Fund, which would receive and invest oil royalties on behalf of both current and future residents.

Under a formula set up by the state legislature, the Fund basically spends investment earnings – but not principal – to provide a stipend to every Alaska resident while also using some earnings to help support the state’s operating budget. 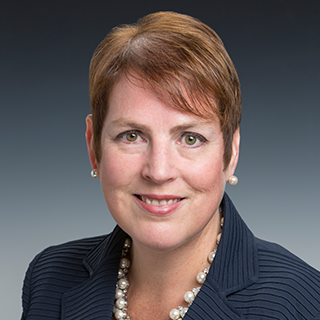 To manage the Fund, which started out with $734,000 in 1977, Rodell says, “The asset allocation is designed with a little bit lower risk than what you might see in a traditional pension fund. The Permanent Fund’s long-term investment horizon allows us to take more illiquidity than pension funds. We’re more like an endowment or foundation that way.” She adds, “We have close to 60% of the funds allocated to public equities and fixed income, and the balance is in private market alternatives, whether it’s private equity, private credit, absolute return hedge funds, or real estate.” While its largest target allocation is 39% to public equities, that was scheduled to step down on July 1. ”It’s going to be replaced by more private equity exposure that creates more of a growth tilt,” Rodell explains.

There’s a mix of internal and external management. “Our fixed income portfolio is almost exclusively managed internally, although we have a couple of high yield emerging market portfolios that are managed externally. When we were created, we only had a fixed income portfolio, and it was all managed internally.” Originally, there was a short list of permissible investments, she notes, “but in 2005, the legislature gave the trustees the ability to make investment decisions and follow the prudent investor rule. That’s allowed the fund to get into private markets,” she says, adding, “we manage some portion of each of these asset classes internally as well.”

According to Rodell, “The challenge that sovereign wealth funds face around the world, especially coming out of something like the pandemic, is a demand that they invest their portfolio locally to help rebuild the economy.” The pandemic drove down Alaska’s tax revenues 42% in 2020, but she says any change in direction is “not a decision that’s left to our board to make. That’s something that has to be decided by Alaskans.”

The sovereign wealth fund model is not a common one in the U.S. There’s the Texas Permanent School Fund, which has been around since the mid-1800s – and there’s Alberta Heritage in Canada. Rodell is always looking for role models because “you learn lessons from each other,” she says, adding, “When I speak to the Singapore GIC, I learn different ways of thinking about staffing or about presenting results.” Rodell, who is the current Deputy Chair of the International Forum of Sovereign Wealth Funds, says she’s eager to “work with SWFs around the world.”

Like many Alaskans, Rodell came from somewhere else. She grew up in Eau Claire, Wisconsin, and after college at Marquette University in Milwaukee, she worked in retail for a year “trying to figure out what was next,” she says. She went on to get a master's degree from the University of Kentucky and become a finance officer at the Kentucky Housing Corp. She would also work as an independent financial advisor focused on housing and local finance, and later she joined First Southwest as an investment banker specializing in municipal financial products.

“My first trip to Anchorage was in December of 1996 to work with the Alaska Housing Finance Corporation, and over the years, I’d go in and out, and I got to know a lot of people up here. Then one day, the (Alaskan) Commissioner of Revenue called me, and said, ‘Are you sick of New York? Are you ready to come to Alaska?’ He convinced me to go to work as the Deputy Commissioner of the Treasury Division in Juneau.” That was 10 years ago.

The Treasury Division oversees the state’s employee pension assets and other pools of capital. Two years after becoming Deputy Commissioner, Rodell moved up to Commissioner. She became an ex officio trustee of the Permanent Fund, and a couple of years after that she was named its CEO.

Rodell says the professional journey for women is different in Alaska than in New York. “You talk about, ‘If you can make it in New York, you can make it anywhere.’ Well, come and try and make it up here,” she says. Alaska “is definitely a male-dominated environment,” she contends, but this is expressed “in a different way than it was in New York. In New York, people were willing to recognize my talent as a municipal investment banker earlier and faster in some ways and didn’t really care about gender. And yet, in New York you get slotted into your space, and you’re not allowed to really move out of it, so I could only be a municipal banker in New York – I would not have been able to transition to private equity or corporate finance or anything else.”

In Alaska, by contrast, “You can easily switch lanes,” she says. But on the other hand, she adds, “In Alaska, as a woman you’re not allowed into the conversations in the way I was allowed in New York. So, it’s a very different type of box that I was in here versus what I was in in New York.”

She attributes the unique mix to the “isolation factor.” Seattle, the closest major city in the Lower 48, is two hours away by plane. And New York is four time zones and a 12-hour airplane ride away. Visitors from Wall Street or London bearing news about investment ideas don’t casually drop by every other day and going anywhere is a major undertaking. That remoteness makes for strong women – and men – because you have to devise your own solution in so many ways. The good news is “that allows you to be really entrepreneurial up here,” Rodell says while the bad news is “in many ways, it’s still an old boys club.” But at the same time, she says, for women “it’s easy to pick up the phone and get to talk to the men in that group. The distinctions are really subtle and hard to describe.”

There’s also the outsider issue, she adds, “Alaska gets funny about outsiders. I’ve been here for 10 years, and I’m still a New Yorker to some people. There is a sense of ‘us versus them,’” i.e. the people in the Lower 48. But she said, “There is a convenience aspect to this: If they don’t like what you’re saying, or what you’re doing, and you’re going against the grain, you’re an outsider very quickly.”

Rodell has happily settled into the way of life in Juneau, population 32,000. “The lifestyle here is a really healthy one because I can walk 15 minutes from my office and grab my dog and be up in the mountains out of cell phone range, taking a walk in the woods, and having time to really reflect on whatever’s going on.” She adds, “Hiking is my passion, followed by Nordic skiing, which I’m trying to get much better at and do much more of.”

When she reflects on the status of women, Rodell insists opening opportunities for women requires including men. “Women shouldn’t be solving women’s issues. It really needs to be a collective issue that men and women solve together. I strongly believe that’s the way we’re going to start correcting views of young women in finance and not penalize them for decisions or periods of time in their life.

“Let me give you an example of this,” she says. “When I was an investment banker, if I had chosen to have a child and had gone on maternity leave, I would have lost my bonus for that year, plain and simple. So, while I may have worked hard to land a client and land a transaction that was years in the making, I would not have gotten paid for it.”

She adds, “Last time I checked, it’s only women who have babies. We recognize what is happening on compensation plans when women leave to have their children, but we don't do anything about it. We don't require men to take paternity leave, and we don't pay men to take paternity leave. We don't set up men's compensation to look the same as when their partners are having children: They may not be having them physically, but they're having them emotionally. We need to equalize that in some way.”

There are lots of other examples, she says, and “whatever the issues facing women, they won’t get solved just by women advocating for women.”