Erika Tikka, the Head of External Fixed Income at Keva is a study in self-exploration, and some geographic exploration as well. A Finnish native, she crossed the pond several times in pursuit of what she saw as an authentic life for herself: She left the eurozone for undergraduate studies at Georgetown University’s McDonough School of Business in Washington, D.C., then added several internship positions including one at the European Investment Bank in Luxembourg and another at the Inter-American Development Bank in Washington, D.C.

After returning to her homeland, she earned a master’s degree in Finance from the Helsinki School of Economics. In 2002, she joined Keva, Finland’s biggest pension institution, where she has assumed various roles in different investment management teams, including involvement from day one in Keva’s major overhaul of externally managed fixed income assets – and last year she was appointed to head this function. A mother of two who lives with her family in Helsinki area, she shares her experiences and perspective with Allocator Intel: 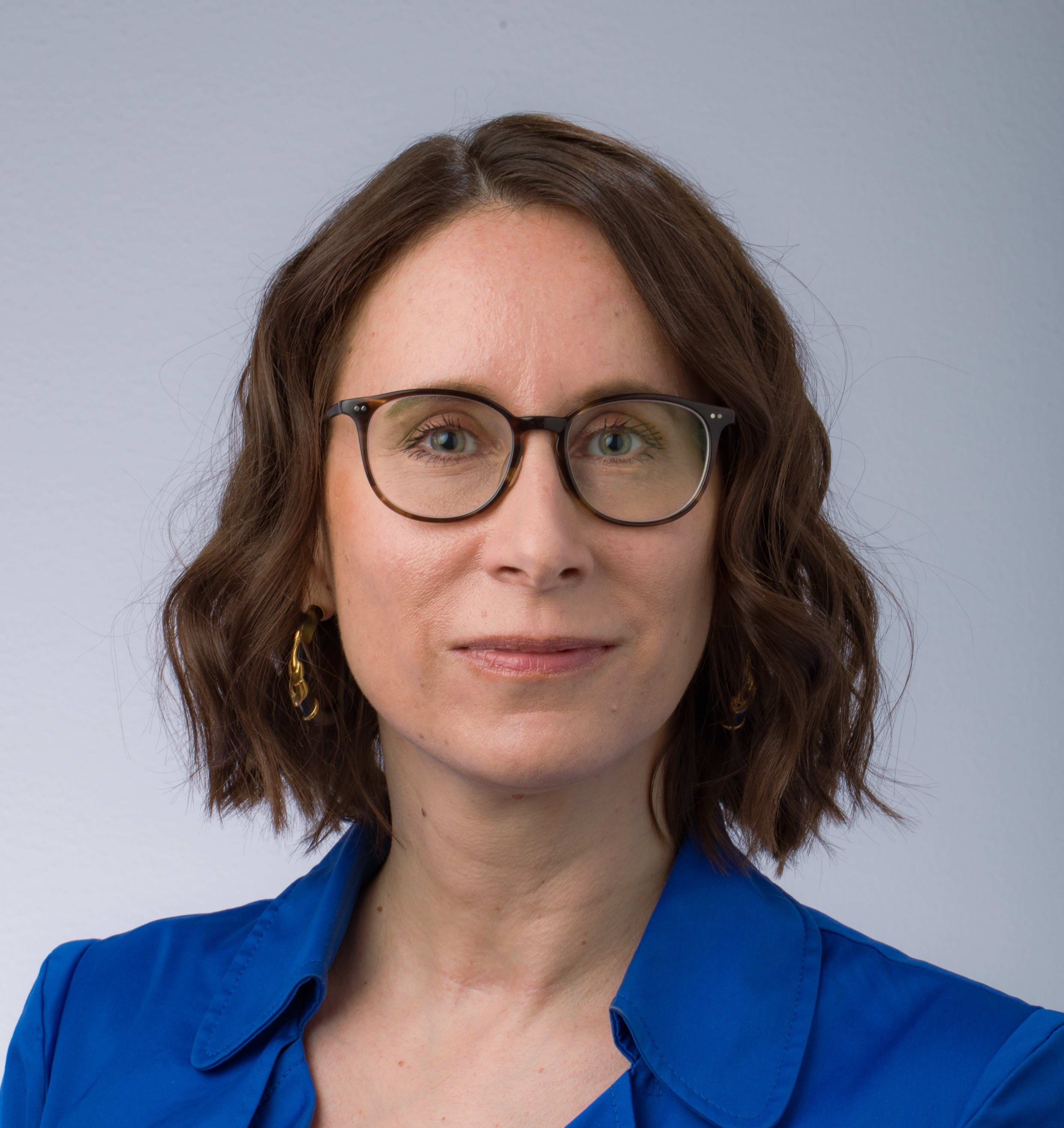 Tell us about your organization
Keva is Finland’s largest pension provider – with a focus on public sector employees – as well as the biggest institutional investor in Finland with assets of €65 billion ($75 billion). We are an independent institution and have our own law – the Act on Keva – defining the provider's societal role "to ensure wellbeing by safeguarding the livelihood of public-sector employees during their retirement." Our roots are in the pay-as-you-go (PAYG) system, where active workers cover the pensions of retirees; however, since 1988, we have operated on a buffer fund basis (where funds are reserved for the years when a relatively small number of active employees will be supporting large numbers of pensioners). Our 500-strong staff is based in downtown Helsinki.

How do you invest?
Our objective is to generate real investment returns to meet our cross-generational pension liabilities. The ability to invest for the long-term is a privilege and a competitive edge not given to everyone, and we strive to invest accordingly. We aim to capitalize on opportunities that are due to the short-termism of the market by investing in a countercyclical and market-contrarian way and exploiting illiquid and less efficient markets.

Our portfolio is truly global, with 70% of our assets managed externally all over the world. Our carefully selected roster of external investment managers is expected to share and act upon Keva’s investment beliefs. We believe that a great partnership goes beyond investment management in its strictest definition. We draw on the expertise of our external managers and use them as sounding boards on a variety of topics, including but not limited to responsible investing, long-term mega-trends, academic research, and best-practice methods.

What has it been like being a woman in the investment world?
I would like to believe that my gender has played an insignificant role in my career. Although I don’t know if that is completely true, I feel that I haven’t experienced my gender limiting any of the opportunities available. For me, being in this industry has predominantly meant working in an upfront and respectful environment, being able to use my potential diversely, and combining a very interesting job with family aspirations. However, it needs to be acknowledged that my starting point is structurally a privileged one: I live in a country that is a gender equality pioneer, and I work in a well-managed organization. In addition to these, I have been fortunate to have had supervisors who have seen my potential, sometimes even better than I have myself.

Even if my personal experience is nothing but positive, this is not to say that I am unable to see the faults in the system. The gender split in our industry is strikingly distorted. In our own recruitment processes, women have been underrepresented to begin with: Our external investment managers are facing the challenge of attracting female talent and have launched special programs to alleviate that. If women are already being hired less often at an entry-level stage, it is not surprising that the pipeline for the C-suite level is narrow. Among many other things, it means fewer female role models and mentors.

What can be done, what should be done, to alter the role of women in this industry?
The question is two-fold: The first is how to attract women to this industry, and the second is how to retain them.

I’ll start with the first one: For ambitious, high-performing, young people, both men and women, investment management is only one of many lucrative career paths. Investing is about problem-solving, business logic, and creativity. If you possess those qualities, you are likely to thrive in any industry. The competition for talent is real: Industries have to constantly re-brand themselves, especially ones with structural headwinds.

With this backdrop, how does our industry look to a young student choosing their field of study? Does it appear as a sunsetting industry, i.e. one associated with a decline of active management, a race to lower fees, and changing technology; one where everyone is a self-interested number-cruncher; one where everything is fast-paced and short-term oriented; one where corporate culture is cutthroat; and hence, family, or other life aspirations are hard to meet? The stereotypes can be powerful.

As a young student, I wasn’t aware that investing could be such a cultivated, long-term activity. We deal with complex, real world phenomena, and in order to understand them, you have to combine many schools of thought: psychology, politics, history, law, you name it! In addition, investment management is more heterogenic in nature than one might think. There are different investment philosophies, diverse organizations from fast-paced to more slow-investor type ones, and most importantly, there is no single path to succeed. In our own recruiting, we have tried to emphasize transferable skills rather than being orthodox and adhering to certain pre-siloed schools or work backgrounds.

In terms of retaining the talent, a lot is discussed generally about diversity and inclusivity. The existence of the former doesn’t guarantee the latter. Even with a diverse mix of individuals, there can be subtle, exclusionary biases. Quite recently I learned an interesting term – “protective bias” – to which female employees may be exposed. Despite its well-intentioned origin, i.e., to guarantee the work-life-balance, this may prevent women from being offered demanding assignments they would be willing to take. At the extreme end, there is of course existence of discriminate pay and promotion practices, lack of opportunities, or absence of objective criteria. People don’t take injustice lightly, and our industry is not immune to a brain drain, either.

Tell us about your background
I grew up in a small city in northern Finland, right by the Arctic Circle where I was surrounded by three older brothers, Siberian hunting dogs, and a true wilderness. After high school, I moved abroad, just like my siblings, and started undergraduate studies at Georgetown University in Washington D.C. I also interned in several multilateral development banks as I was contemplating a career within that discipline. I returned to Finland for master’s degree studies at the Helsinki School of Economics, and upon graduation I was offered a position as an investment analyst at Keva. The 25-year-old me didn’t picture myself to be here nearly two decades later, but three teams and four roles later, I am grateful that I have been given an opportunity to grow within the firm.

All in all, working for a large, global investor has been a privileged journey. For example, not everyone is given the same tabula rasa as we had when a major overhaul in Keva’s externally managed fixed income assets began. It meant endless travelling across the globe; hand-picking the best asset managers in the world; experiencing a learning curve so steep I may have difficulty to replicate it; and above all, a growth into a strategically important €7 billion portfolio with a distinct investment philosophy and a best-in-class operating model. But the work is never over, and I’m super motivated by my new role to head our team towards the version “2.0” as we look to the future and try to make the portfolio constantly better.

How and why did you get interested in finance and investing?
Although I would like to say that it was my natural calling, it wasn’t; I considered many alternatives, the common denominator being an appeal for fields of study that were somehow tangible and fact-based. That my three older brothers had either business or mathematical degrees also played a role. Undoubtedly, this has been the correct career choice for me. However, with the benefit of hindsight, investing is far from an exact science! And that’s the beauty of it.

As far as thinking about investment or economic matters, are you follower or an adherent or a disciple of anybody or any school of thought in particular?
Many thought leaders whom I regard highly can be found among our external managers. We have a roster of exceptional investors – specialized, opinionated, even eccentric thinkers. But of course, there are many more which I hope that we’ll find and can add to our portfolio. In general, my school of thought intertwines around long-term investing, with a value twist and a special place in my heart for small-size companies.

What is your personal mantra?
There isn’t any single one, but I’ve always believed in being 100% authentically me, in every situation – and I pay attention if people are being authentic back at me. Many may think that in our industry, you have to be a sort of machine in order to succeed; I don’t believe in that. Bringing your authentic self to the table is the only way to attract the right people to your life and to find the right teams and organizations. Most importantly, authenticity builds trust.

What are you looking forward to in the future?
Now that my oldest son is in his teens, I’ve been thinking a lot about a saying by Gretchen Rubin: “The days are long, but the years are short.” That is exactly how I feel; hence, I’m trying even more deliberately to focus on what I have right now, rather than think what the future holds – and in the end, our future is a seesaw of two extremes: Our choices and actions build our life, but ultimately nothing in this world is promised or belongs to us.

In general, I seek to live a life that looks like me. This doesn’t mean anything extravagant per se, but rather living life authentically, surrounding yourself with the right people, and not seeking validation from irrelevant sources. I’m mostly a happy camper, a people person, curious about life, and a full-blown esthete. My nomination to this Global Top 50 Women in Investment Management was announced on our national flag day celebrating Minna Canth, one of Finland’s most influential writers and advocators of equal rights. Her motto was, “Everything else but not that sleeping, half-dead life.” I couldn’t agree more.